The Shed at Promontory (Members Only), Park City 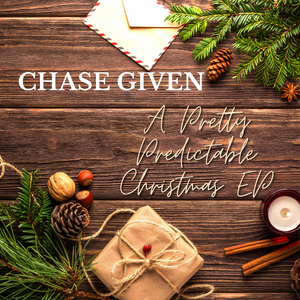 Chase is so excited to announce the world-wide digital release of "A Pretty Predictable Christmas EP"! This title may sound familiar, because it is. Chase originally recorded this record in fall 2020, and released it exclusively to ChaseGiven.com, but wanted to do something bigger and better with it. In the fall of 2022, Chase went on a mission to take the original tracks, and re-record, remix, and remaster the record with all new elements, and debut it on all streaming platforms. It's now available everywhere music is sold. The title represents the album well, as it is 6 very traditional Christmas songs, with Chase's particular twist on them, but still feeling close to the sound you are expecting for these tracks. Visit Apple Music, Spotify, Tidal, Amazon Music, Deezer, Youtube and all other music carriers for this release! 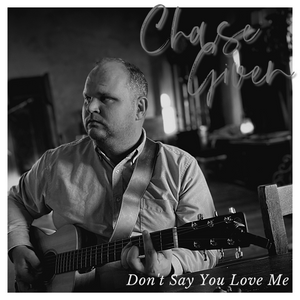 Don't Say You Love Me

"Honestly, I love it when you tell me you love me, but that's the title of the new song!" In August, Chase Given released his new song, written by Chase when he was waiting in line for the railroad at Disneyland in June. This vintage feel smoothie is just the song you need as you enter the fall.

This new track is available to stream or download on iTunes, Amazon Music, Spotify, and more! It's also available on this website as well.

Recently, "Don't Say You Love Me" has charted on Eric Bowman's Top 30 Countdown, as well as Fessa John Hook's Countdown, Pat Gwinn's Countdown, and several others. Be sure to vote for it and bring it to number one. Request it on your favorite Carolina Beach Music/Southern Soul Radio Show!